- July 06, 2015
I have been planning to build a cheap home server since my external HDD failed unexpectedly. My initial search leads to FreeNAS. But after posting foolish questions in forum i found out that it requires better hardware as it’s based on ZFS. ECC supported RAM and MOBO will be a cost overhead for my rig as i decided to go for some second hand hardware. Then i found this NAS4Free. It’s not simple as FreeNAS but it’s based on UFS so it need not be a heavy hardware.

Here is some pictures : 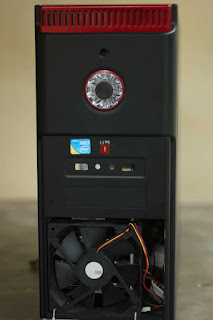 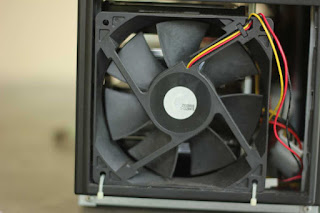 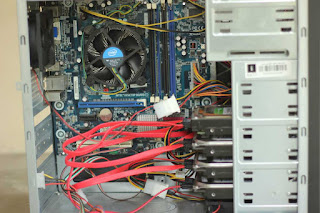 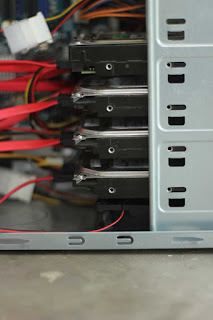 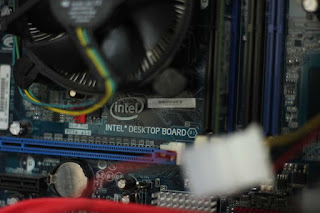 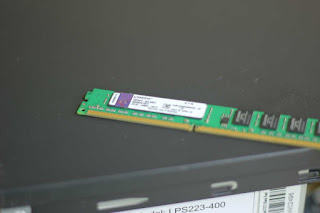 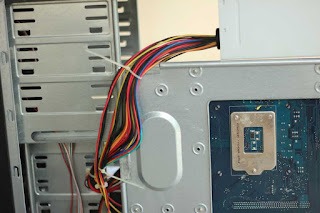 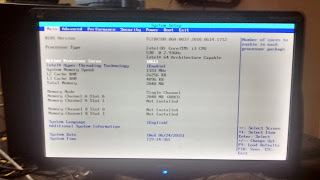 And my new PSU 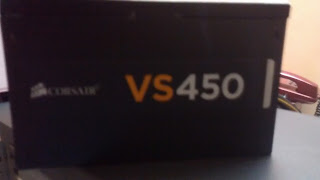 I tweaked my case for better air flow. I just flipped the front panel so that the optical drive opening will come to the bottom . I bought a deepcool 140mm fan so that i could ensure my rig gets a good airflow . Also fitted an 80mm fan in the rear of the case and also planning to place one on bottom.

For cable management i just cut and bend the plate on the back so that i could run the 24pin and sata cable through behind the mobo. It’s a small tweak but saved a lot of space in this low end case. The dvd bay gives lot of space to fold and keep my excessive cables.

Special Thanks to Linus and Luke from linustechtips.com/  for their cable management ideas and really their videos gave me the courage to alter things from what it supposed to be like flipping the front panel for airflow and cutting cabinet for cable management( Though it's not a elegant one but am satisfied with it).
Also thanks to the guys in teksyndicate forum

First i will be trying NAS4Free and probably then i would switch to Centos 7 so i can run different web server and GitLab.

Future Updates.
Need to place some net or filter in front of the 140mm fan so to prevent dust entering into my rig. And also like to upgrade the RAM . Well 2GB is not sufficient for any server. An UPS is also needed to face the power outage :P .

I will update with my server installation and other updates in recent post.

- September 05, 2011
As i told earlier am trying to switch to Flex , i am trying to learn connection between PHP and Flex. When searched i got a excellent tutorial . But the problem is that it uses PostgreSQL. As i don't have any prior experience in PostgreSQL i try to install it in my Windows 7 and configure it in WAMP . I got different errors and spend almost two days in searching and using different methods . Atlast i got it right. I will try to figure out the steps i have done. Am using PostgreSQL 9.1 WAMP Server 2.0e phpPgAdmin 5.0.2 WAMP consists 1. Apache Version :2.2.17   2. PHP Version :5.3.5  3. MySQL Version :5.5.8 First install PostgreSQL , no need to install additional plugins like phpPgAdmin. Install WAMP server where ever you need. Download PhpPgAdmin  and unzip it to WWW folder in WAMP installation. At this point if you try to access the http://localhost/phpPgAdmin/ you may get this error. Your PHP installation does not support PostgreSQL. You need to recompile
Read more

- January 23, 2008
After a long experiments , i have developed another player which uses XMOOV for streaming.Actually i got this php from flashcomguru.com .I didn't change the php file instead of it i developed a player using this php. The player will start streaming anywhere from the file and it also make the seeking operation in the cached file. Download Source here I have no server space so i use freewebs space ,.Pls forgive me :D The main problem of this technology is the performance of the php server.It need a good php server which can handle more requests at a time. Other problem is the encoding of the flv. Flv file should be added with the 'keyframes' metadata . So it need another utility called metadata injector ,which will inject metadata to the flv. It can be downloaded from here. That's all ..... and all other ups to you. Try this.. If you are using this file please let me know your feedback.
Read more