I have initially planned to use NAS4Free for the os. But later changed to Centos 7 as Redhat distributions were my favourite one. And also i would like use GitLab and need run the server as well as NAS server as well as a testing Home Server. As it’s hard to use a  wired  connection to the router i compelled to use a Wifi dongle which will not be supported by the NAS4Free.


First installed Centos 7 (1406) minimal install. To my surprise it detected the WIfi dongle i have used the static ip of 192.168.1.250. Using RAID 10 in my 4 500GB HDD i have successfully installed the server and also i have installed the Webmin which will accesible through https://192.168.1.250:10000 . But when i updated the packages the Wifi simply stop to work. It’s showing in the nmtui but not activating . It’s status is DOWN. Then i downloaded Centos 7 (1503) and reinstalled it. The problem is it’s showing in the installation screen but when i restarted it , the wifi simply stop to work. I don’t want to waste time on figuring out what went wrong , so i reinstalled it with Centos 7 (1406) again and it worked with Wifi very well. So i stick with the 1406.
Note : Though it’s supporting the wifi it’s not a good idea to use wifi for a server. I used it simply because wired connection is possible in my room as the router is situated in another room. But in the near future i will switch to a wired connection. Currently it’s a  temporary setup.

I will skip the DVD boot up process .


First create /boot. Click on the + button and select /boot.  I have selected for 1GB . It’s bit higher than what it need. 500mb will be ideal one. Make sure the Raid level is selected to RAID 1. I don’t know the exact reason why i chose RAID1 , but lot of tutorials and forums suggests for RAID1 for /boot. 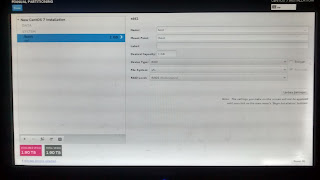 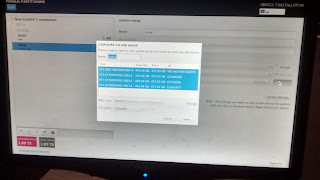 What i generally do is use rest of the space for / . Just did the same here also. Click on + button and select / . Don’t specify any size , it will select all available space. Make sure it also selected the RAID level 10. 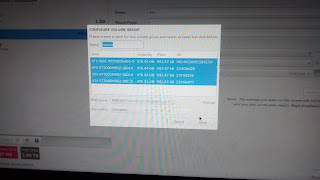 Next configure the wifi. As i said above the Wireless connectivity is bad idea. Though i am ot concerned about the speed and the physical concerns i stick to the wireless. Choose a static ip so that you could use this to access webmin in the future or login to the server using SSH. 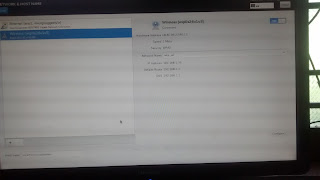 Next select the minimum install , choose the root password and create a user. Complete the installation . Next i will cover how i installed webmin

- September 05, 2011
As i told earlier am trying to switch to Flex , i am trying to learn connection between PHP and Flex. When searched i got a excellent tutorial . But the problem is that it uses PostgreSQL. As i don't have any prior experience in PostgreSQL i try to install it in my Windows 7 and configure it in WAMP . I got different errors and spend almost two days in searching and using different methods . Atlast i got it right. I will try to figure out the steps i have done. Am using PostgreSQL 9.1 WAMP Server 2.0e phpPgAdmin 5.0.2 WAMP consists 1. Apache Version :2.2.17   2. PHP Version :5.3.5  3. MySQL Version :5.5.8 First install PostgreSQL , no need to install additional plugins like phpPgAdmin. Install WAMP server where ever you need. Download PhpPgAdmin  and unzip it to WWW folder in WAMP installation. At this point if you try to access the http://localhost/phpPgAdmin/ you may get this error. Your PHP installation does not support PostgreSQL. You need to recompile
Read more

- January 23, 2008
After a long experiments , i have developed another player which uses XMOOV for streaming.Actually i got this php from flashcomguru.com .I didn't change the php file instead of it i developed a player using this php. The player will start streaming anywhere from the file and it also make the seeking operation in the cached file. Download Source here I have no server space so i use freewebs space ,.Pls forgive me :D The main problem of this technology is the performance of the php server.It need a good php server which can handle more requests at a time. Other problem is the encoding of the flv. Flv file should be added with the 'keyframes' metadata . So it need another utility called metadata injector ,which will inject metadata to the flv. It can be downloaded from here. That's all ..... and all other ups to you. Try this.. If you are using this file please let me know your feedback.
Read more